In 1946 my grandfather, Douglas F. Ingram, developed a "battery charge and test panel" for aircraft batteries which saved the Air Corps millions of dollars in battery replacement.  In appreciation, my grandfather was given a $250 cash award.  (Roughly one month's salary according to documents we've recently uncovered.) 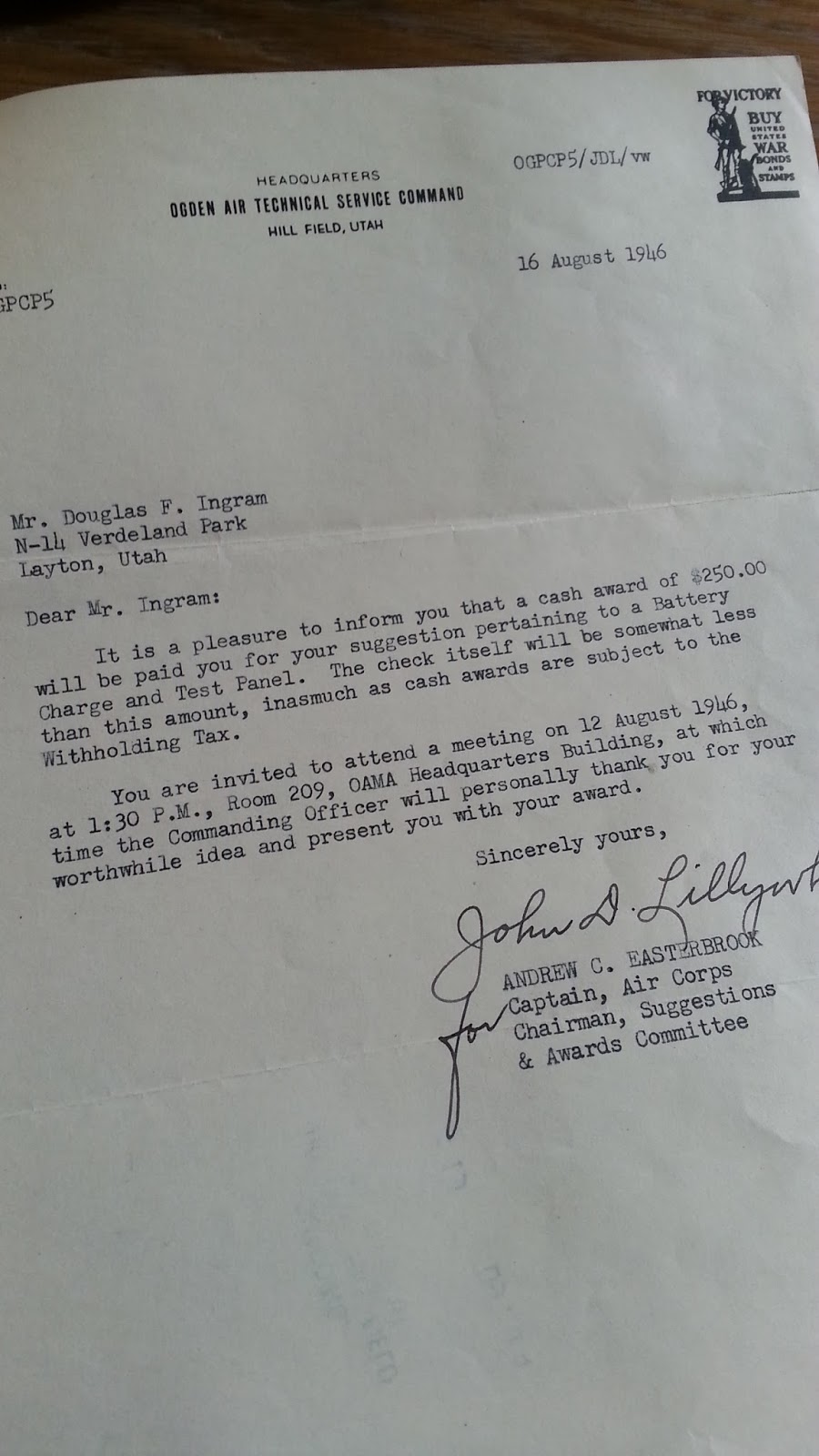 In 1946 only six television stations (All in NY, PA, and IL) are broadcasting (one experimental license for W6XIS, which would become KTVX, is active in Utah) and almost no one owns a television. The technology of the day was motion picture projectors and the most portable were the 16mm variety.  Typically only purchased by schools, libraries etc., grandpa spent his reward on a Holmes Type 12.  He owned several films, many of which are early cartoons, as well as featurettes with groups performing musical numbers.  He would often lease a print of a popular film to watch at home and sometimes at the local Stake House (I've found catalogs from studios with titles like Ben Hur, South Pacific and more available.)

My dad used to break out the old projector from time to time for the nostalgia of it.  It's been at least 10 yeas since that last happened and our attic treasure hunts inspired me to get out the projector for old-time's sake.  It was rough.  I've never used it before, just watched my dad fire it up.  To call it complicated is being simplistic.  It felt like figuring out how to launch a Saturn V rocket with just the "Quick Start" guide.  In the end, enough of what dad had said sunk in and with a bit of personal ingenuity, the film strip was loaded and ready to go. 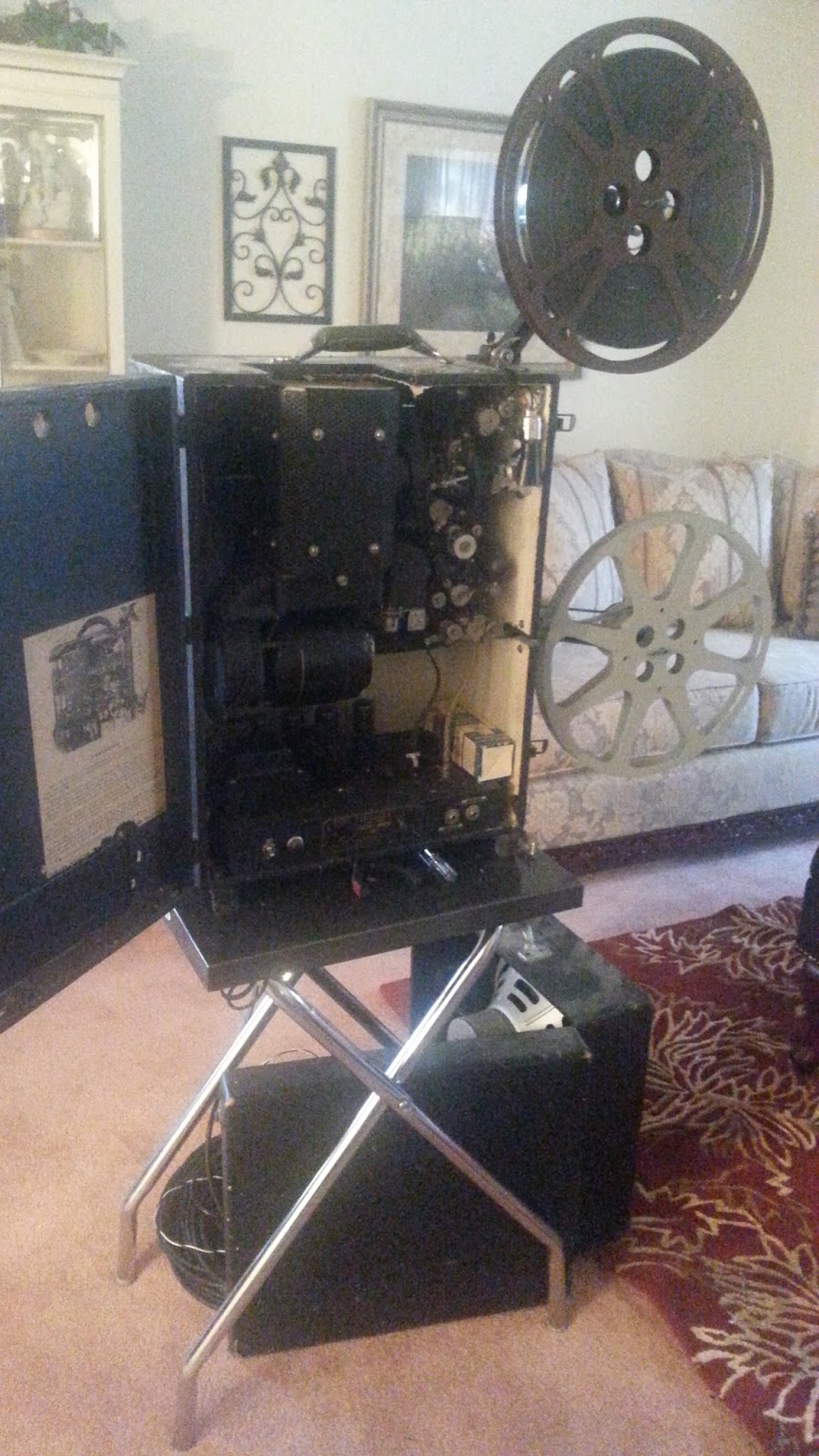 I didn't realize till we were into the show that I'd loaded a film I'd never seen before and for that matter, didn't know existed.  There was a cartoon spliced to an outdoors documentary and, most interesting, newsreel footage from World War II.  It was remarkable stuff to unearth.  There was footage of Patton and Eisenhower, Hitler and even the sequence of MacArthur wading onto a Philippine beach.

Perhaps everyone was just indulging me, but I hope we all got the same nostalgic buzz I did from marveling at the complex machine and feeling a bit more connected to our progenitors.